For the first time, leaders are tasked with solving the riddle of a simultaneous recession AND labor shortage. Leadership playbooks deal with one or the other – not both at the same time. In this article, I discuss a very special professional role that goes by many names, including Second in Command (2iC), Deputy, Lieutenant, Number Two, and the more colloquial: Wingman. When linking together multiple 2iCs as a Second in Command chain, game-changing multiplying effects can be seen, which is especially valuable in this recession-labor shortage era.

Just when the world is moving into an endemic phase after the pandemic, we now have an impending recession. While financial analysts debate when the recession will hit (e.g., 2022 vs 2023), nearly all agree – a recession is coming. Some say it is already here and point to evidence in layoffs, increased homes on the market, etc. However, labor economists are quick to point out that despite these early or potential recession signals, there is still a labor shortage.

The labor shortage isn’t going away anytime soon either. There simply aren’t enough people in the workforce. Among the top reasons for an insufficient number of employees are baby boomers are really retired, the opioid crisis, and fewer people were born during the last recession (some of whom should be in the workforce now). One of the best articles on this topic was by EMSI, which shows readers the data and evidence. 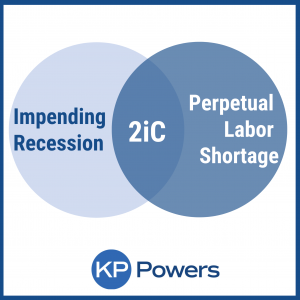 Of course, many leaders today have already been through a recession. The 2008 worldwide economic crisis was just 14 years ago. And already, with this recession, we are seeing similar tactics from a pre-pandemic world more than a decade ago being used. Companies are laying off staff, rescinding job offers to people who have already resigned from their current job, reducing budgets, and cutting business travel.

On the labor side of things, people are still quitting their jobs (although in smaller numbers), tens of thousands of flights are being canceled due to insufficient staff, and employers report extreme shortages (people and supplies) in some key industries. This is surprising given the regular headlines that a recession is either here or will be here shortly.

So, what are leaders to do with this two-pronged issue?

One could read the above economic and labor issues as ‘doom and gloom’ or … you can read it as an amazing opportunity to pull ahead of your competitors by achieving phenomenal success!

I love the Winston Churchill quote, ‘never waste a good crisis,’ because it reminds me that while a set of circumstances can seem overwhelming to navigate, the situation is unique. The stars will probably never align in this way ever again. So – we need to make the most of these lemons and find the lemonade.

2iC as a Multiplier for the Labor Shortage Problem 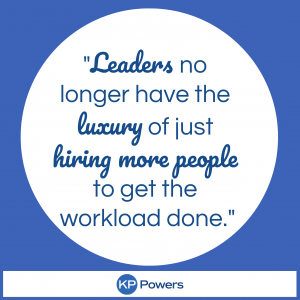 We’ve all seen wasted resources. For example, a poorly attended work holiday party, meetings with people who didn’t need to be there, or a meeting that should have been an email. It is maddening for all involved. This pain point is further exacerbated when there aren’t enough people to get the work done, and folks continue to use the same tactics without trying anything different.

In short, leaders no longer have the luxury of just hiring more people to get the workload done. The labor shortage and need to cut costs because of the recession make that impractical. Instead, leaders need to consider a new organizational framework that includes the use of 2iCs, thus multiplying a team member’s contributions.

What is a Second in Command – 2iC?

If you haven’t heard the term second in command (2iC) before, you may be more familiar with terms like deputy, or executive officer (XO), some may call the role a #2 (of course, that can have a different meaning … so I’ll stick to 2iC). A 2iC comes from military terminology. In its simplest terms, 2iC refers to the person in authority or command who is taking care of the details at the next layer down from the supervisor. A Second in Command isn’t just for the CEO anymore. If C-Suite leaders want success from their entire organization, every leader, especially those with significant impact on people and/or money, needs to have their own Second in Command.

A 2iC is not necessarily a chief of staff or chief operating officer. A recent article describes these two roles as two different and important ones. “Deputies are second in command empowered to act in their superiors’ absence. Chiefs of Staff give their leaders increased leverage by managing them, their priorities, programs, projects, and communication. Each is important in their own right, but a Deputy’s leverage is direct, while a Chief of Staff’s leverage is indirect.”

There are many skillsets that a 2iC utilizes. The following are a few of the key skills that I have experienced as well as observed in other 2iCs. 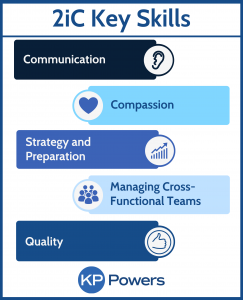 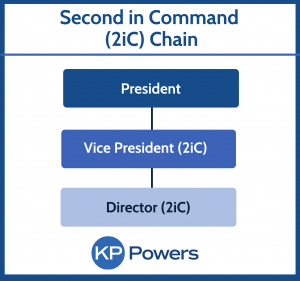 I not only was the beneficiary of having a 2iC, but I also served as a 2iC to a 2iC. When there is a chain of 2iCs, the effect is even more powerful than just one 2iC on its own. I’ll describe each.

I have had the privilege of being part of two 2iC chain experiences. The image below shows how a 2iC chain looks in an organization chart. The results have been nothing short of phenomenal – and among the best part of my professional career.

I’ll end this article with some action steps for consideration for helping ambitious leaders put the ‘organize’ back in organizations. 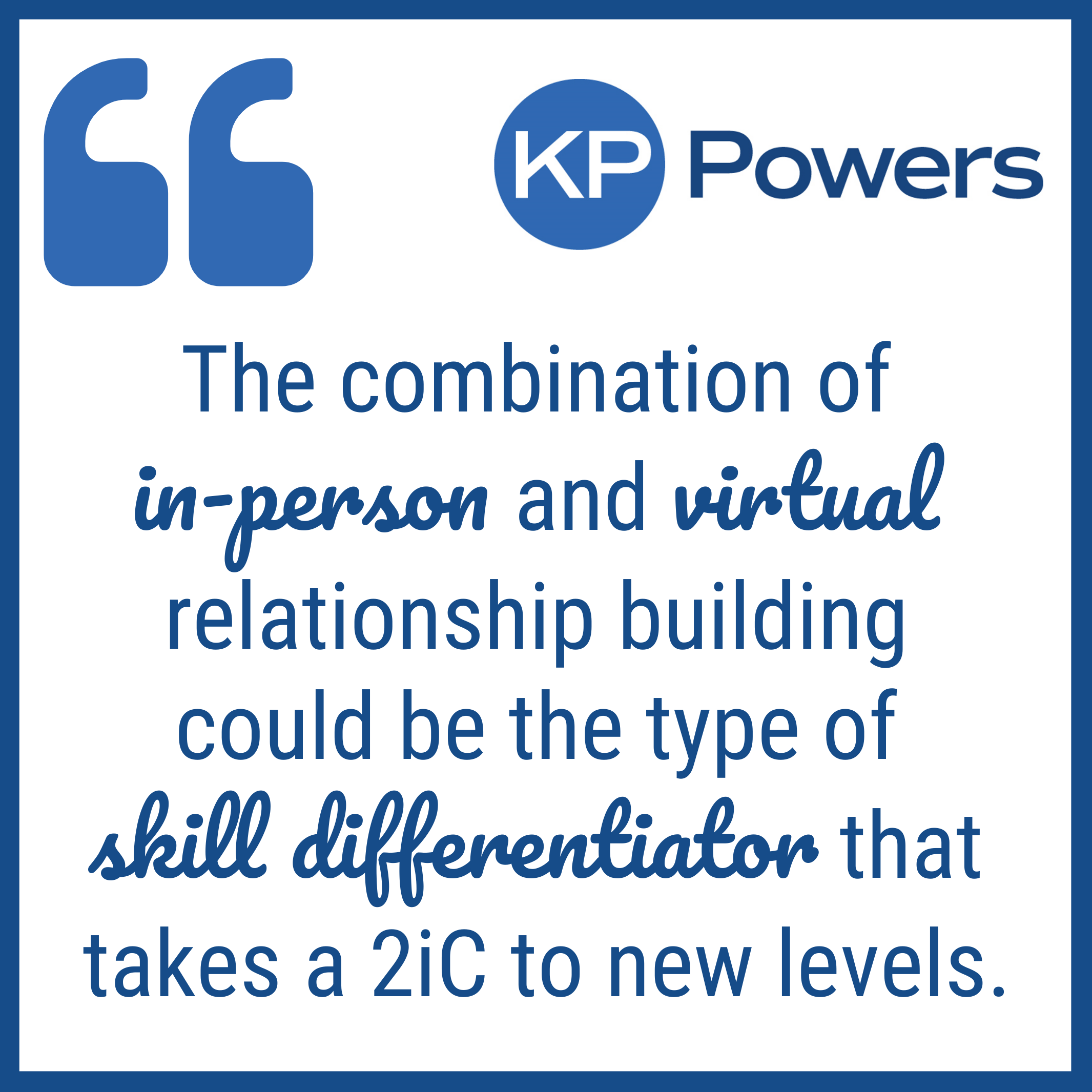 The combination of in-person and virtual relationship building could be the type of skill differentiator that takes a 2iC to new levels. 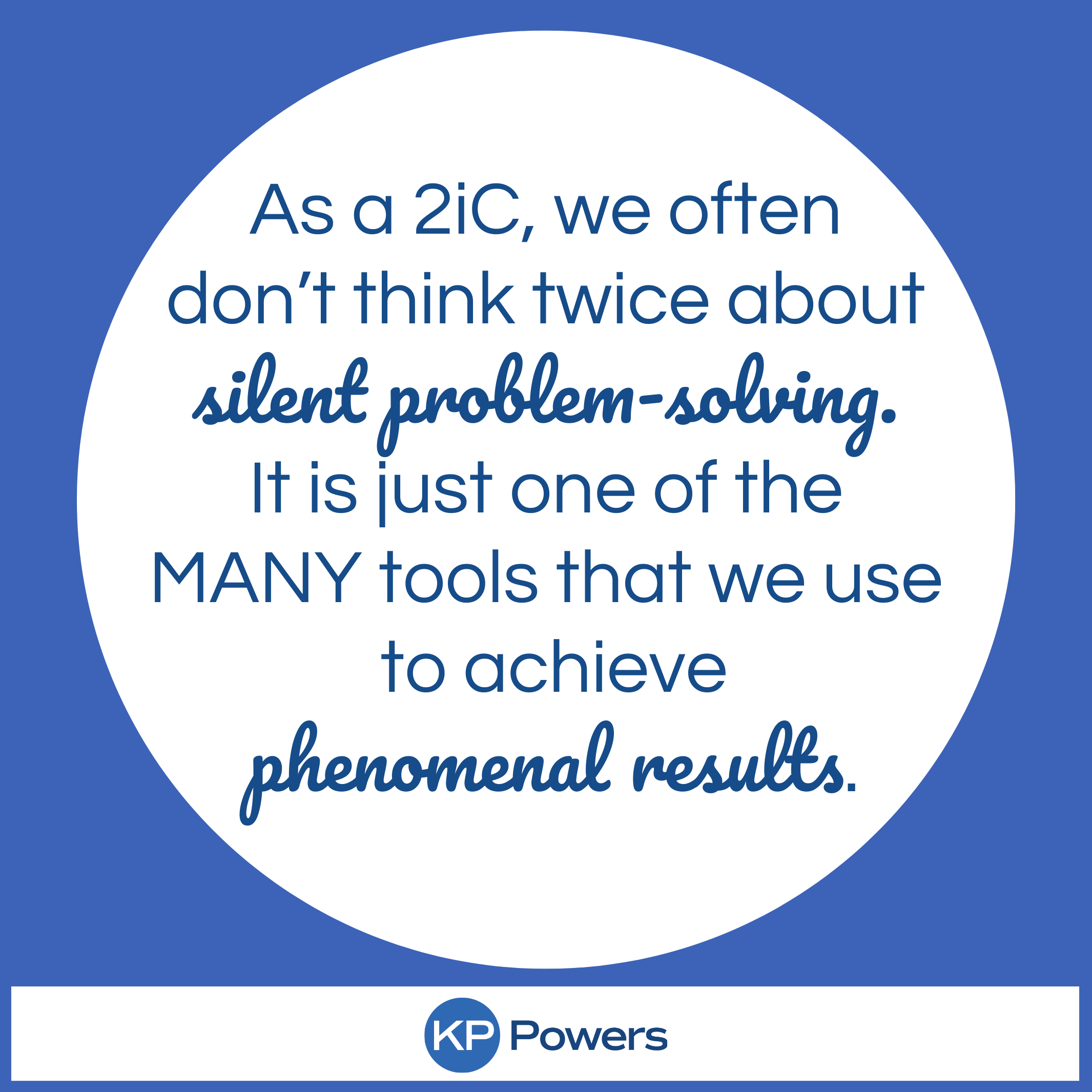 Are you a silent problem solver?

As a 2iC, we often don’t think twice about silent problem-solving – it is just one of our MANY tools that we use to achieve phenomenal results. 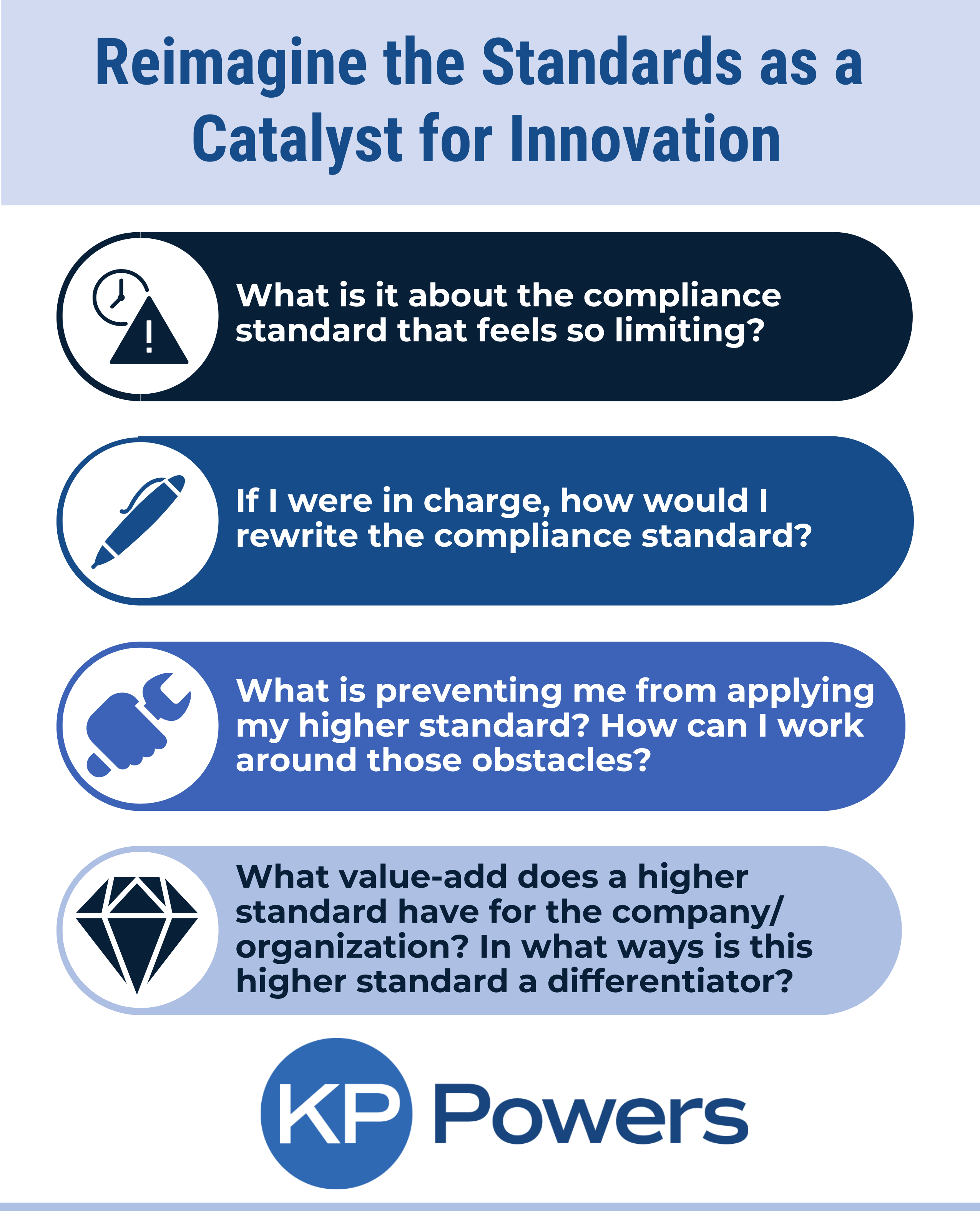 Rather than seeing compliance as a burden, consider seeing it as an opportunity for innovation and a strategic advantage that can accelerate your organization’s goals and leave compliance reviewers using you, your team, and your organization as the model. 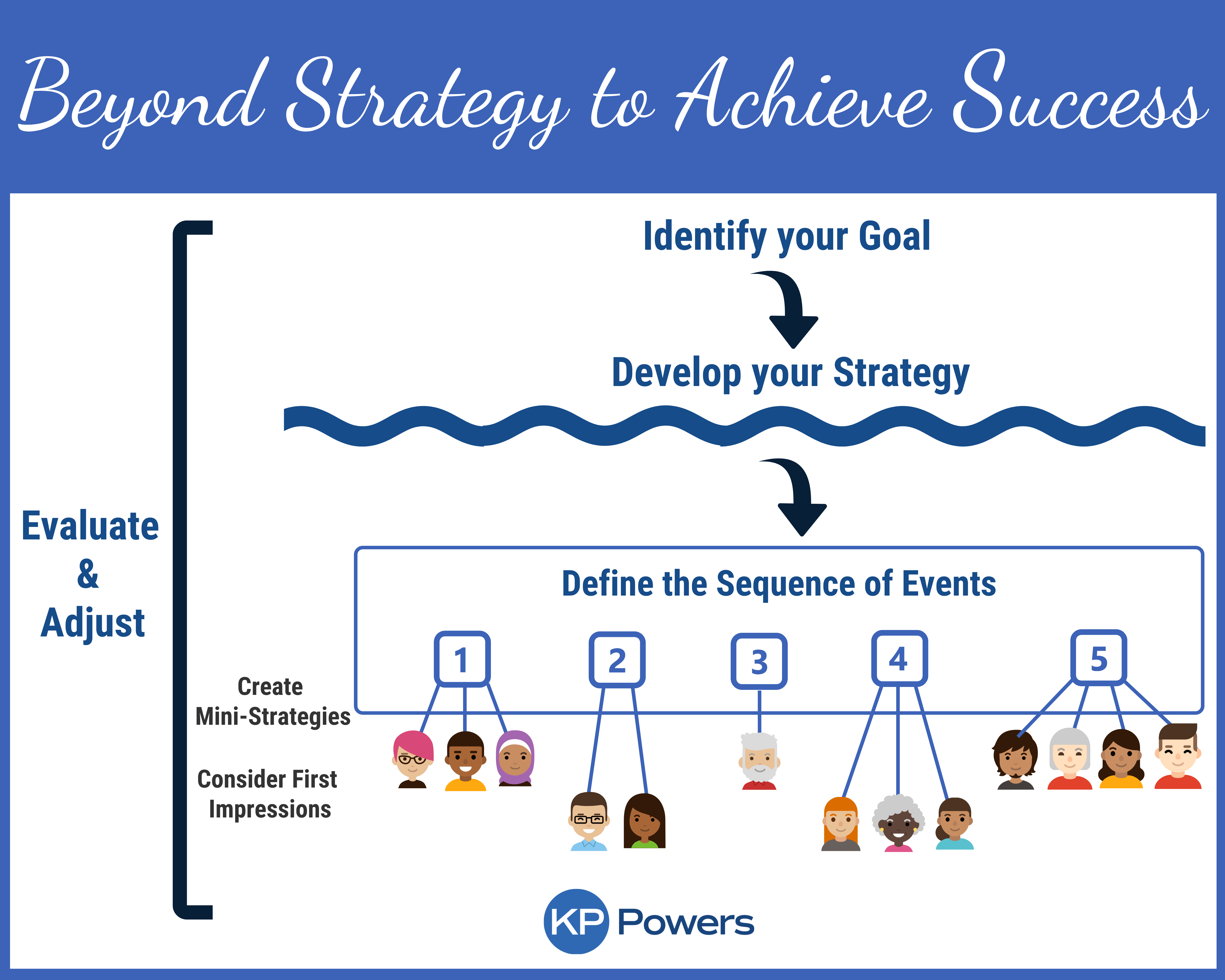 Beyond Strategy to Achieve Success

Leaders need to move beyond strategy to achieve success. In this article, I’ll discuss the additional elements needed, because strategy alone does not win. 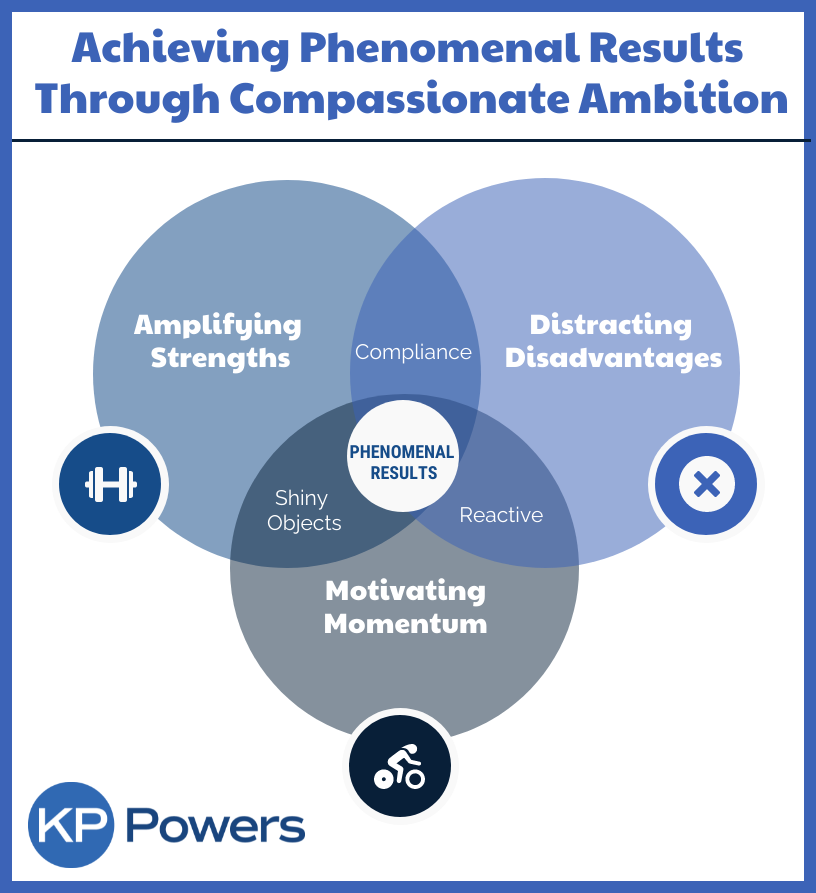 In this article, I share a framework for organizing your team members to achieve phenomenal results for your group. 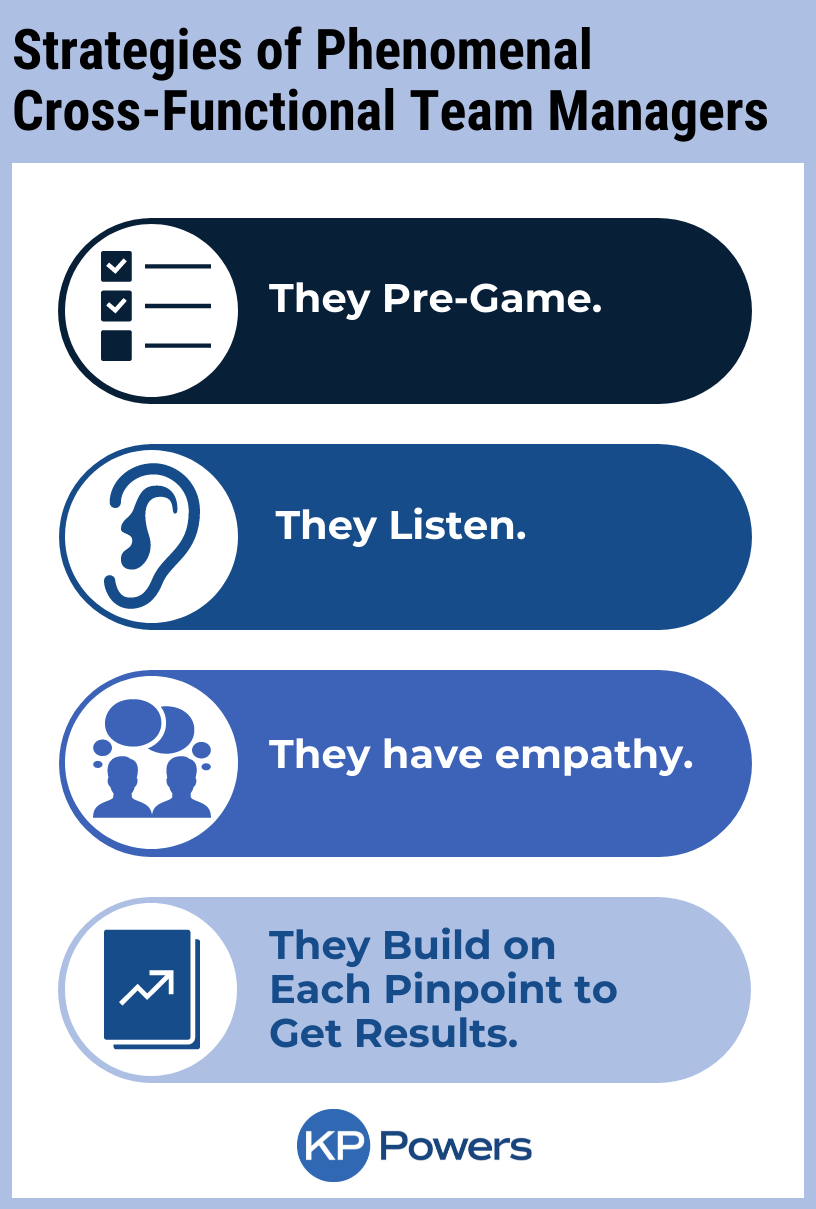 As an ambitious leader, when you spot a tough problem, you can: 1) ignore it and hope it goes away or someone else deals with it, or 2) you can tackle it head-on – and achieve phenomenal results when doing so.